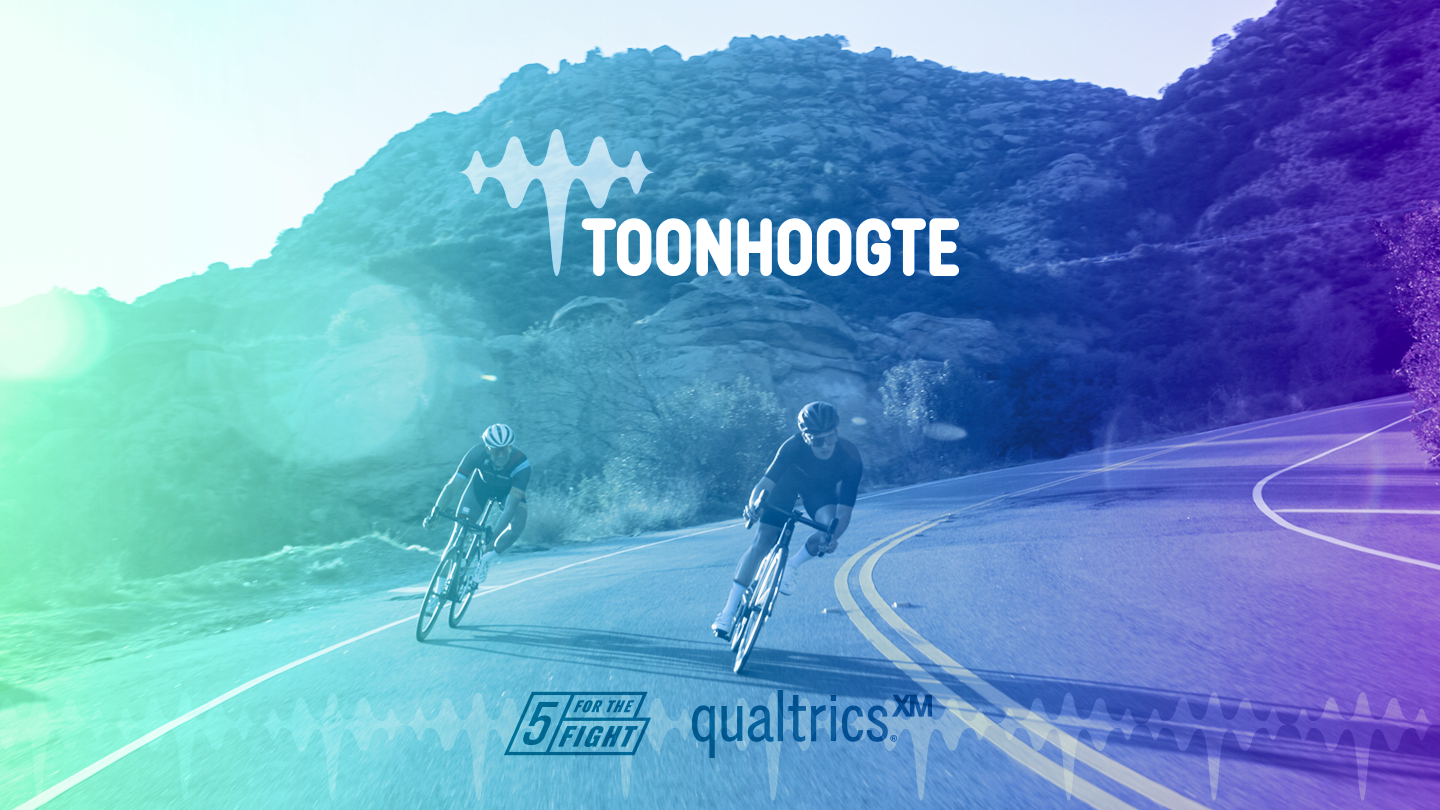 In December 2021 we lost Toon to colon cancer. We’re keeping his pay-it-forward spirit alive with a fundraising weekend that revolves around two of his passions: cycling and music.

Toonhoogte is a fundraiser for colon cancer research. Read on to find out how exactly the raised funds will contribute.

The project is named Toonhoogte as a tribute to two of Toon’s passions. Toonhoogte is Dutch for ‘pitch’, referring to his love for music. It also has the Dutch word for ‘height’ (hoogte) in it, explaining why we made sure to include enough altimeters in the bike ride. Both music and cycling are key ingredients in Toonhoogte’s first edition happening from May 20th to May 22nd.

With your support, we’d love to make it an annual event to commemorate our friend and colleague, and to continue his pay-it-forward spirit.

Toon was driven by sustainability, sharing his wisdom with others and some good old-fashioned fun. He fetched coffees for his colleagues (and invented his very own customer card while he was at it), communicated in emojis and hilarious photoshops and went to (Twitter) war against public transport drivers not obeying traffic rules. Like a true Ghentian Don Quichote on his steed of steel.

Above all, he was passionate about music. From The Beatles to Wilco, Toon listened, dissected, played and wrote music. It gave him life. While the bus drivers certainly didn’t make Toon’s bike rides easy, neither did the guitar he carried on his back, or the amp he had between his legs. Yes, while biking.

Toon was someone that heavily influenced everyone around him. He changed them, improved them, simply by asking them questions. The right ones, often hard ones. But his heart was always in the right place.

Read more about who Toon was.

All funds raised over the weekend will proceed to 5FTF (Five for the Fight), a non-profit founded by Qualtrics, the company Toon used to work for. In addition to providing a worthy cause, Qualtrics will match the amount we raise with Toonhoogte. Thanks to this collaboration, Toonhoogte can contribute to a higher cause, and have a bigger impact.

5FTF was founded after several key people within Qualtrics had been confronted with cancer from up close. By now, the non-profit has several partners and projects worldwide. It’s their mission to fund cancer research with money raised in various ways; from donations to bigger and smaller events. In the past 4 years, 5FTF has raised €1 million in Europe and funded 10 cancer researchers in a bid to improve survival rates and patient outcomes.

The money raised is used to fund a specific project/fellowship/researcher. 5FTF works with Breakthrough Cancer Research to find the right researchers & research projects in Europe. This year, the funds will allow hiring a 6th researcher in Europe. The aim is specifically to find a senior/post-doc profile, since this type of research typically has more trouble finding funding.

Yearly, 5FTF chooses a specific area within cancer research to focus their efforts on. This year the focus will be on colon cancer research, in honor of Toon. This is the 1st major fundraiser of 2022 for 5FTF and is viewed as the perfect way to kick-off a year dedicated to Toon.

🚴‍♀️ About our actions

Toonhoogte revolves around a sponsored bike ride that some of Toon’s friends and colleagues will ride on May 21, 2022. Around the legendary town of Orval, they will treat their calves to 130 kms, and to more than 2000 altimeters.

To optimally prepare for such a challenge, those interested were able to follow a preparation course. Fees for the course were a voluntary contribution and Toonhoogtes first funds raised.

On Sunday, we’ll bring the weekend to a close with an intimate concert where among others, Toon’s band will perform.

You can support Toonhoogte with a donation. If you like, you can link the amount to the altimeters in the bike ride, but you’re of course welcome to choose your own amount.

You can donate here.

As an inspiration - the ride Orval-Bastenaken-Orval has 2000 altimeters. If you were to sponsor per altimeter, you’d get following amounts: